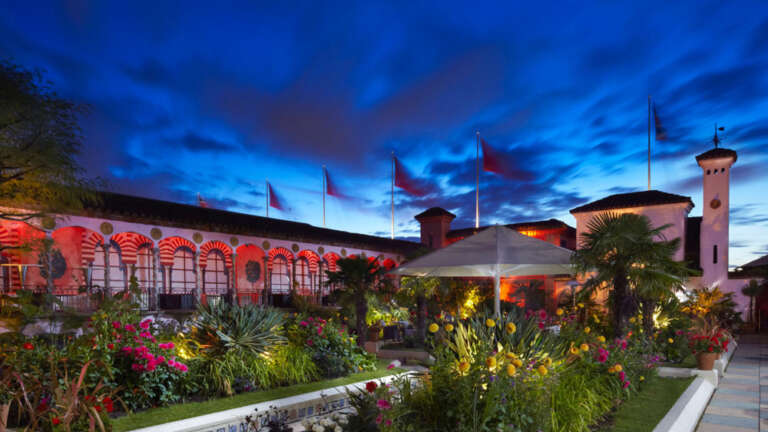 
CED Stone Group announces its sponsorship of the Party for Perennial, a fund raising dinner to support the Perennial charity in its efforts to assist horticulturists in the United Kingdom. This is going to be the first time that the fund raising event will be held for 100 years.

CED Stone Group announces its sponsorship of the Party for Perennial, Perennial’s fund raising dinner that is now being revived after a 100 year hiatus. This fund raising event is a way for Perennial to provide continued support to horticulturists in the United Kingdom. The event will take place on 15th January 2015, at The Roof Gardens in Kensington.


Perennial is the only charity in the United Kingdom that is dedicated to providing support and financial assistance to UK-based horticulturists and their families during tough times. Whether retired or of working age, Perennial is there to help these individuals stay in the horticulture industry. CED Stone Group supported Perennial at this years RHS Chelsea Flower Show by donating hard landscaping products and labour to help create their award winning garden and are honoured to be sponsoring the fund raising dinner, which is a long tradition of Perennial.


Giles Heap, CED Stone Group Managing Director said, “In November 2013, I was approached by Fiona Silk and Jo Thompson to see if we would be interested in supporting Perennial at the 2014 RHS Chelsea Flower Show. I had not previously heard of Perennial, but when I realised and understood what they do and how many people they help, I had to say yes.

“We then went on to design and construct their show garden, which won a RHS Silver Gilt medal at the Chelsea Flower Show. We havecontinued to work closely with the team from Perennial and areproud to be supporting them again at their Party for Perennial in January. To be able to support Perennial again at their New Year’s Party is just the icing on the cake for us, after what has been a fantastic year for both Perennial and CED Stone Group. We wish them the very best and look forward to supporting them in the future.”


Last year, Perennial celebrated their 175th Anniversary at The Roof Gardens, and will be using the venue again for this larger fund raising event. That celebration allowed individuals in the horticulture industry to get together, network, and meet others in the industry.

Anita Bates, Perennial’s Director of Marketing and Development says “We are delighted to be renewing our partnership with CED Stone Group. We were overwhelmed by the generosity of Giles and his team at RHS Chelsea 2014. It’s both a pleasure and a privilege to have the support of such a high profile and well respected business within the trade.”

For more information about the Party for Perennial, please visit:http://perennial.org.uk/events/party-for-perennial/

Perennial offers free, confidential advice and support to everyone working in or retired from horticulture and their families, including gardeners, landscapers, nursery and garden centre staff, parks and grounds care staff and tree surgeons.

People turn to Perennial for financial and emotional help in times of need because of disability, sickness, poverty, financial hardship and old age – although increasingly younger people are seeking their assistance. Many individuals describe the services Perennial offers as a ‘lifeline’. The work of Perennial depends entirely on voluntary donations from the horticultural industry and the garden-loving public.