Coming between the cathedral and some most attractive buildings‚ some quite old‚ the restrained way in which these materials have been used is superb. Both main paving materials are traditional in their laying‚ using random lengths to minimise the wastage in production. Here‚ however‚ the difficult part was matching the original river cobbles as some had come loose and been lost.

Interestingly these cobbles were quite thin and been laid on edge which had enabled them to survive almost intact even with vehicular overrun. Initially‚ we had expected to have to start a major search throughout the surrounding area in the hope of finding a match but quite remarkably and just days later‚ one of the council team‚ while walking his dog‚ came across some residue from a river dredging exercise in which these small cobbles existed.

The job of hand-sorting them was‚ however‚ not easy with less than 10% of the material being fit for use. However‚ the farmer kindly allowed us to use the space for some months while the task was completed. They must have been the most expensive cobbles on a per tonne basis‚ but coverage was really good and the end result stunningly perfect. The contractor did an especially fine job of laying them. 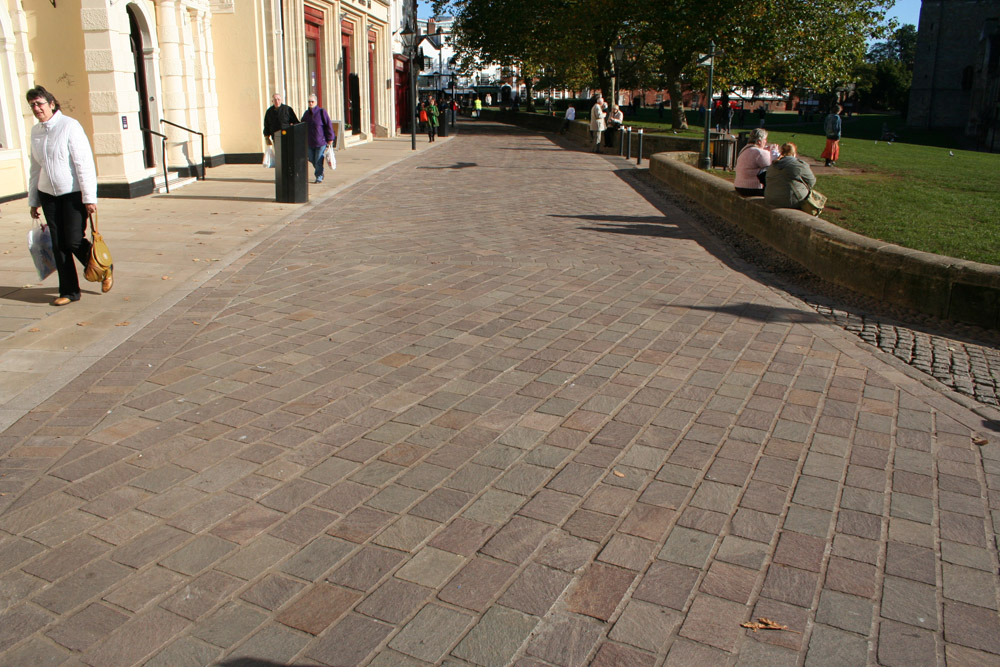