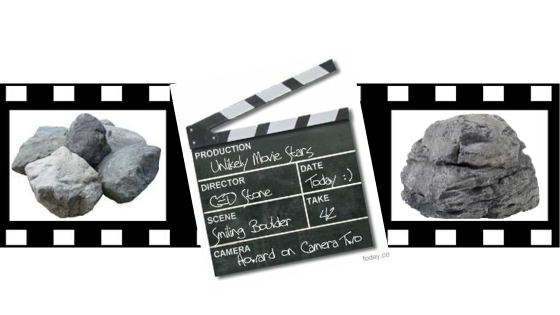 For decades London has been a prominent filming location for UK film production companies, and many iconic movies have been filmed here in the city, but in recent years Britain as a whole has become one of the world’s most popular filming locations. Scenes for Star Wars Episode VII “The Force Awakens” and Star Wars Episode VIII “The Last Jedi” were filmed in Ireland in 2014 and 2015 respectively, and in 2017 Edinburgh welcomed Marvel’s super hero team for the filming of Avenger’s Infinity War. This influx in film production on our shores has seen established film studios such as Shepperton Studios in Surrey announce plans for expansion and new studios are cropping up across the country.

One such example is Wardpark Studios in Central Scotland, home to the hugely popular Outlander television series and also used for the filming of the aforementioned Marvel’s Infinity War films. With the studios located just two miles from our CED Stone Landscape Depot in Castlecary, our team there are increasingly being visited by prop buyers looking to source stone for use in film productions resulting in the supply of stone for past and upcoming episodes of the Outlander Series and materials for stonework in Netflix original The Outlaw King.

Though new to Castlecary Depot - CED Stone has long been supplying to the movie business and over the years our teams have been challenged to find materials to portray a range of diverse landscapes. We supplied Red Sand and Red Sandstone Rockery to depict the dry barren terrain of Mars in The Last Day On Mars. When material was required for an alien planet(Alien:Prometheus) Regional Depot Director Gary Ewing travelled to the North of Scotland and sourced 300 tonnes of scree for the production. On one occasion our Operations manager Howard White hand-selected 25 tonnes of Red Sandstone Rockery for Batman’s Bat Cave, and on another, casts were taken of the rocks we supplied, painted black, and used to build the bat cave in a subsequent Batman film.

Our West Drayton team were put to the test when tasked with sourcing gravel for the film Everest. The prop buyer required gravel to match that in a photograph of a dead mountaineer at base camp. With a wide range of aggregates in stock and a sample library boasting hundreds of different materials from quarries across the country, you would think sourcing a match would have been simple. However, it proved quite tricky but eventually after several sample requests and quarry visits the perfect material was achieved by blending two different aggregates.

Our Reclaimed Setts can be seen in the Sherlock Holmes movie starring Robert Downey Junior and Jude Law, and our boulders have appeared on the big screen alongside Mel Gibson in Braveheart, and Johnny Depp in Pirates of The Caribbean. We have also supplied materials for several films in the James Bond series and even for Disney classics such as 101 Dalmations. Most recently our West Drayton Depot supplied CEDEC Silver and Black Basalt aggregate for this year’s holiday romance release Last Christmas. The film is a London based rom-com starring Emilia Clarke, Henry Golding, Michelle Yeoh and Emma Thompson and it hits UK cinemas this Friday.

At CED Stone Group we pride ourselves on going the extra mile and whether you’re looking to purchase materials for a private garden, or indeed a box office movie, the same dedicated customer service and expert knowledge will be given to make sure you take away the perfect product for the job.