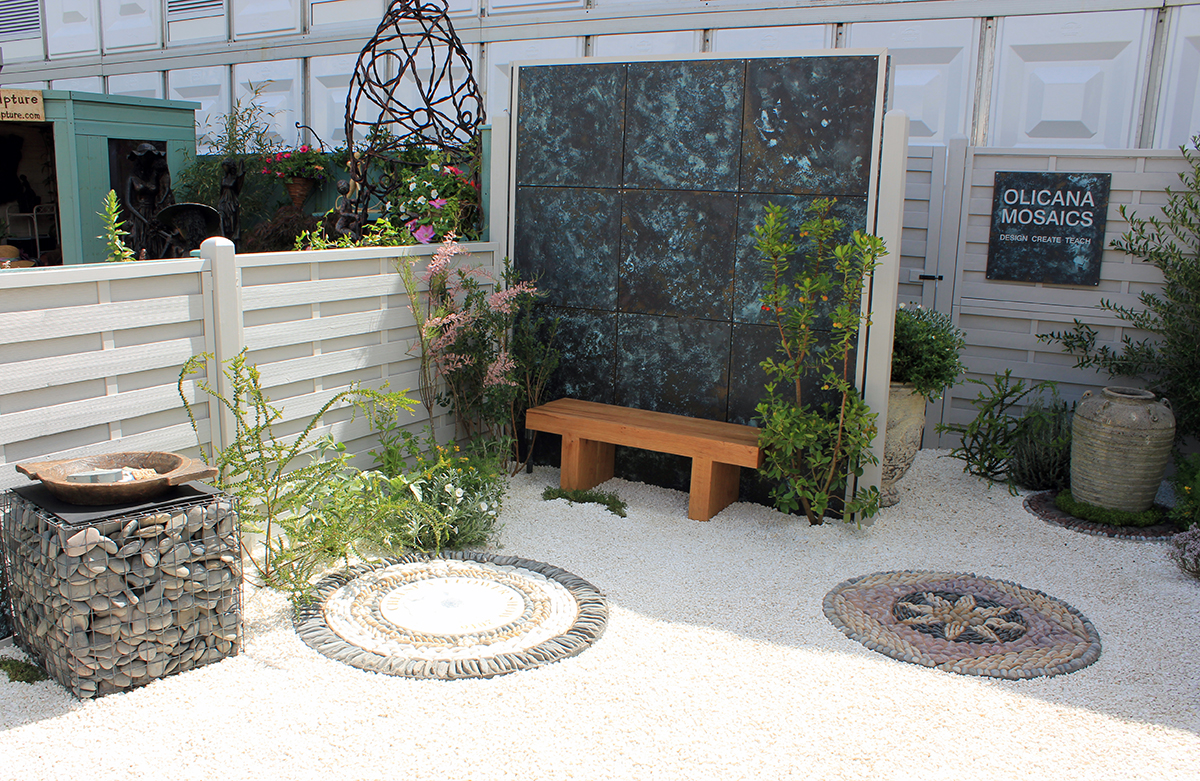 Olicana Mosaics is a local company based in Ilkey, West Yorkshire and is run by David James. David designs and creates intricate mosaics for use in landscaping and despite being such a small company, is no stranger to Flower Shows.

With a history of Gold awards, it was the Autumn Harrogate Flower Show in 2014 where CED Stone Group first sponsored Olicana Mosaics. They went on to win a Gold award at the event with their ‘Artisan Mosaic Garden’, which boasted a handmade centrepiece consisting of a variety of our pebbles including; Green Aegean, Polished White, Red Angel, Flat Grey and Black Aegean.