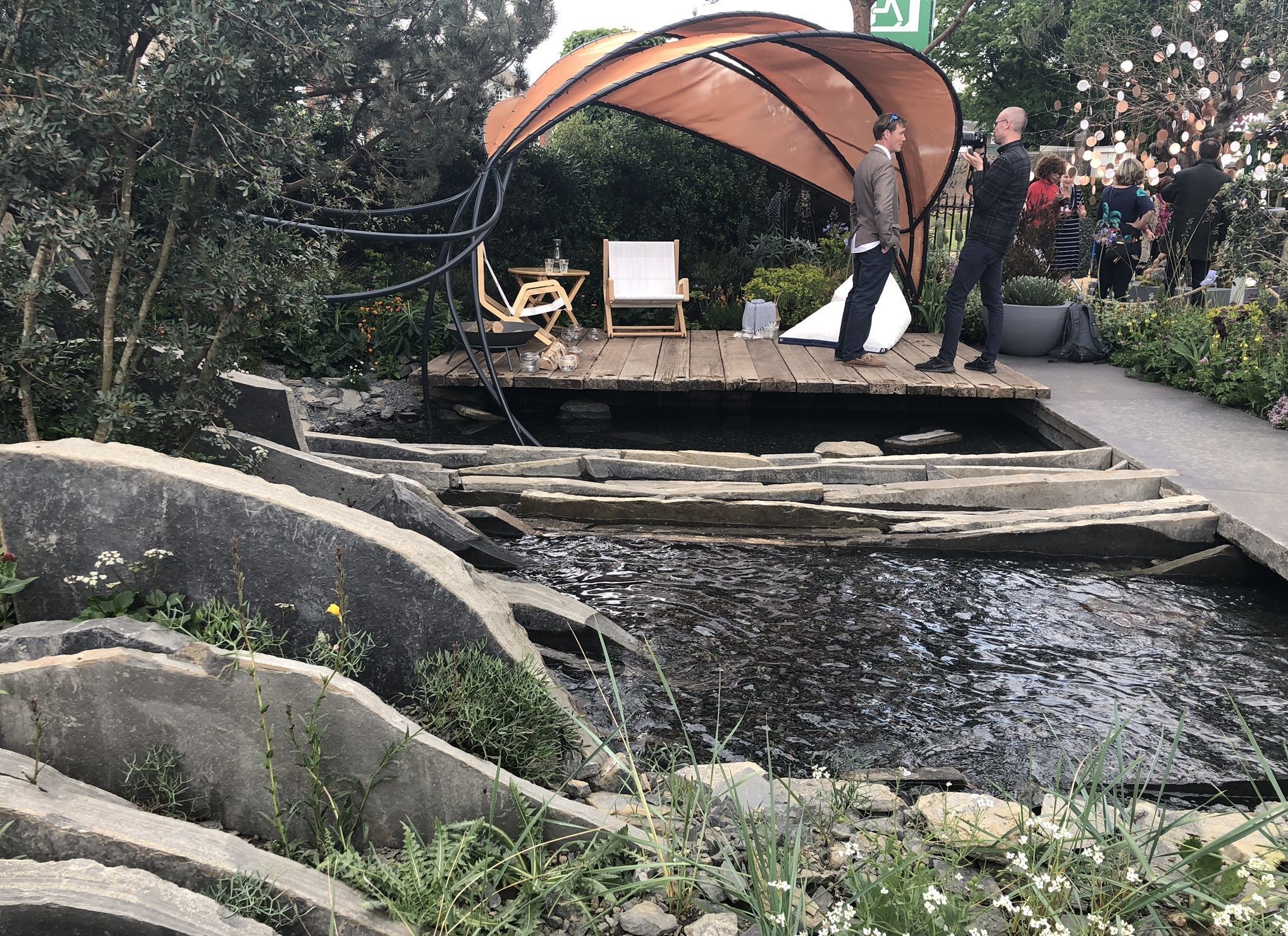 Joe Perkins first solo RHS Chelsea garden was sponsored by Facebook and with his garden, Joe’s aim was to add balance to all the negative press social media gets by celebrating the more than often overlooked positives of time spent on social media, and to start a conversation on how it can be used to make positive changes in the real world. The garden was coastal themed and featured timber with barnacles on, huge coastal rock formations and it’s very own waves. Almost every aspect of Joe’s design was representative of the interconnectivity between our lives, on and offline and the influence social media has in the real world.

For this garden, we supplied large pieces of Caithness Stone for the rock formations and paving and Icelandic Pebbles. Giles travelled to Caithness with Joe to hand-select the stone and a mock build took place at our Castlecary Depot. The garden will be rehomed rehomed in community projects along the HS2 route, allowing more people to benefit from the garden and enjoy its beauty.

Read more about the garden here.