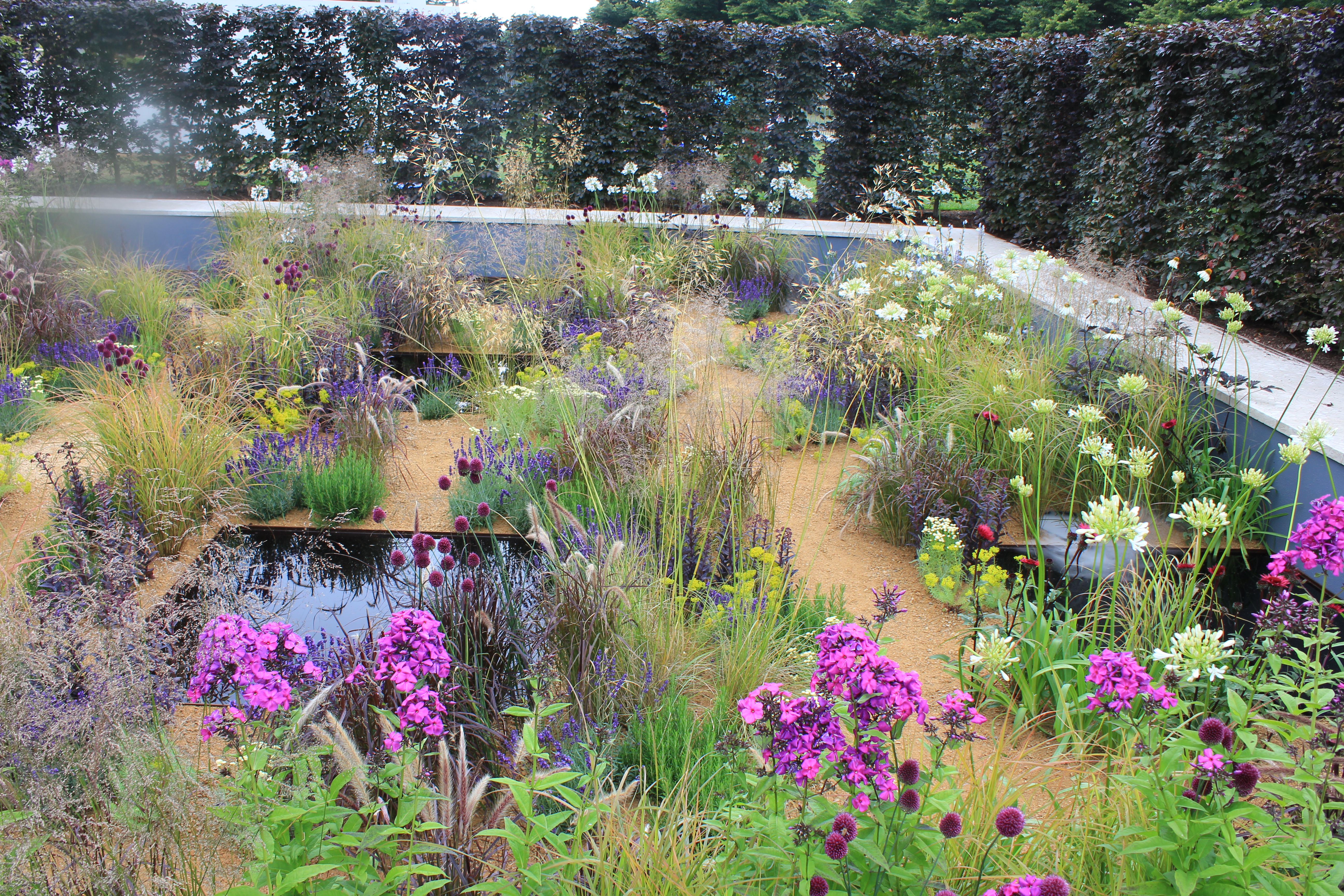 The One Show Garden project

This garden by The One Show competition winner Alexandra Noble has been inspired by the Roman city of Bath. The design incorporates nine regularly-spaced reflective pools that depict the Roman underfloor heating system known as a hypocaust and serve as a reminder of the significance of water in Bath’s history.

Well-defined flower heads and shrubs in the foreground contrast with a hazy backdrop reminiscent of rising steam. Ornamental grasses and flowering perennials feature hidden gems of delight that reveal themselves among the planting scheme.

A walkway forms a boundary on two sides of the garden, creating a cut-away floor that displays the hypocaust heating system beneath.