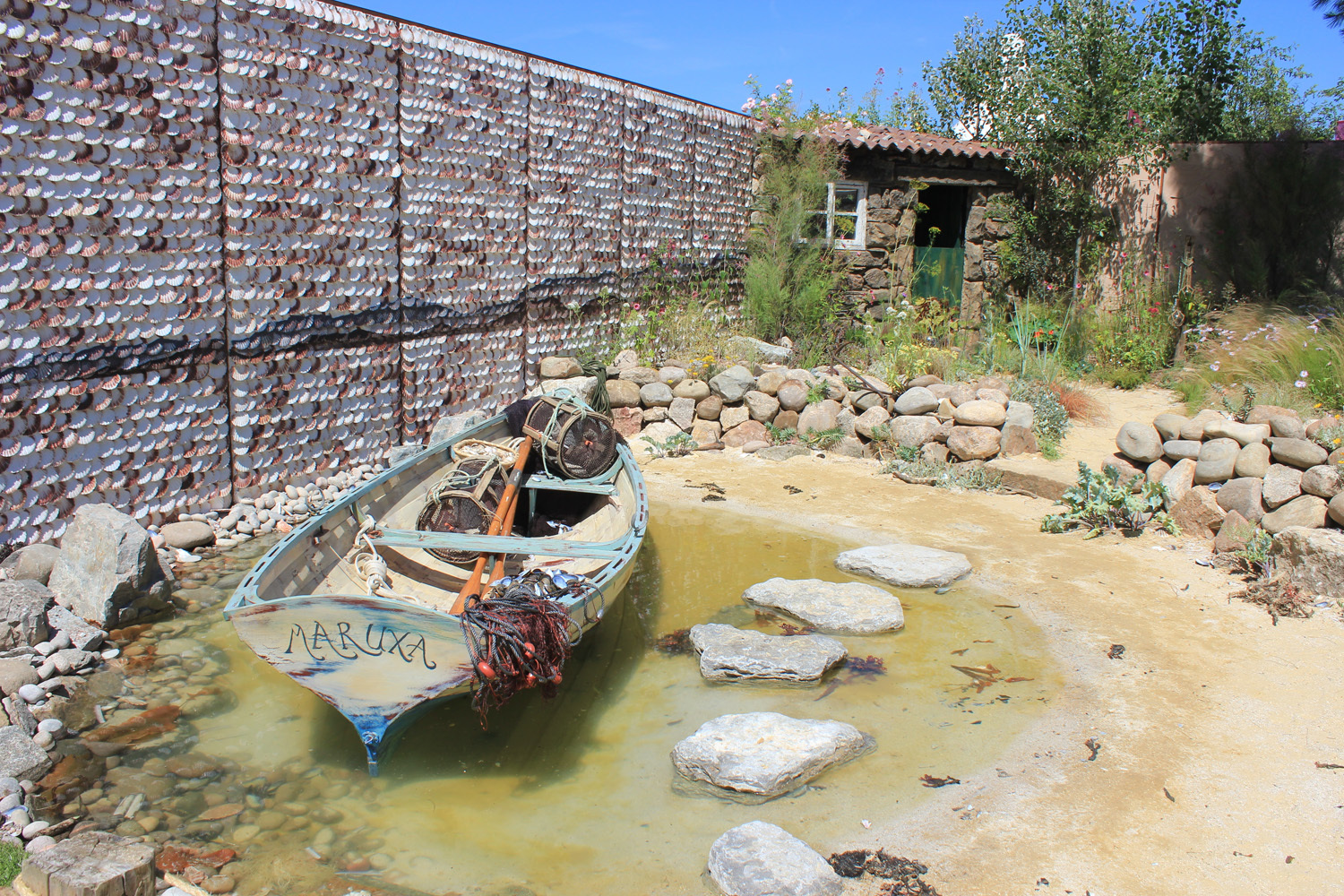 This garden cleverly replicates the salty beach coves in Rias De Galicia on the Atlantic Coast in north-west Spain, showcasing tough and salt-resistant planting typical of the region.

The wall at the back of the garden is made up of 5,000 scallop shells that were shipped in from Spain. Shell cladding is a traditional building method in Galicia, often found on west-facing walls to stop damp problems inside the building. The composition paints a small, secluded cove, glimpsed through pine trees. A path winds up from the beach though a palette of shrubs, rock plants and atmospheric grasses, to a fisherman’s cottage.