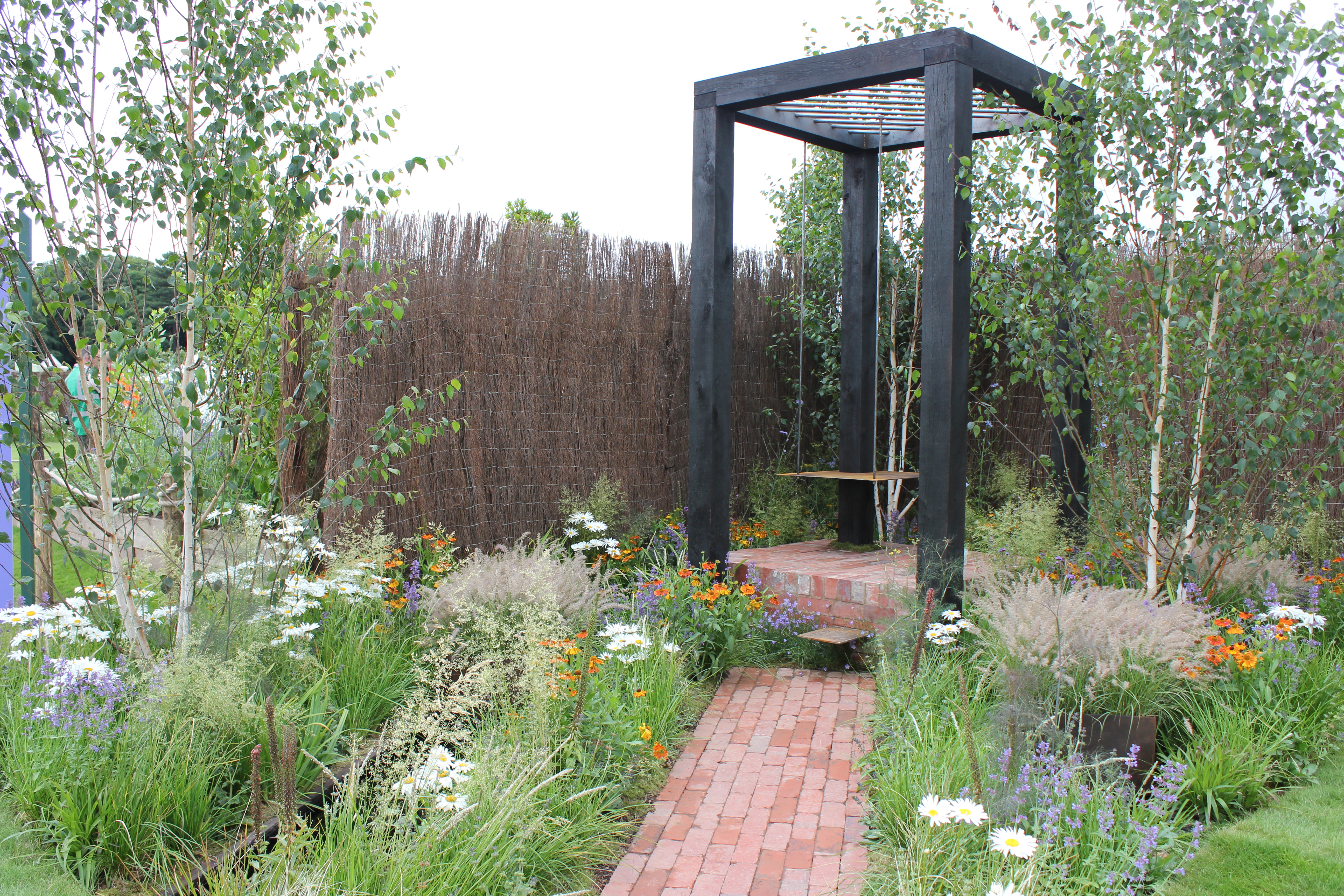 The planting recreates the habitat that the moth thrives in, a red brick path cuts across the habitat, leading towards a seating area and the pergola.

CED sponsored this red brick path, which symbolises the industrialisation of idyllic countrysides. Built by The Potting Sheds, the garden is a true reflection of the rural habitats of the north west of England which are gradually becoming devoured by urbanisation.