The first of our CEDEC footpath gravels to be developed for Canary Wharf in 1990, this is an attractive mixture of grey and pink granites. 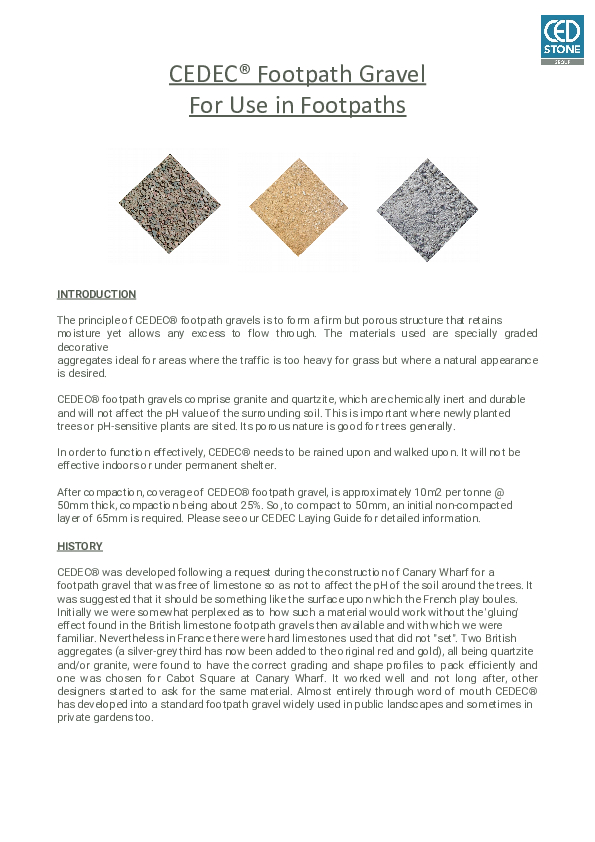