‘Through the Looking Glass’ at RHS Flower Show Tatton Park 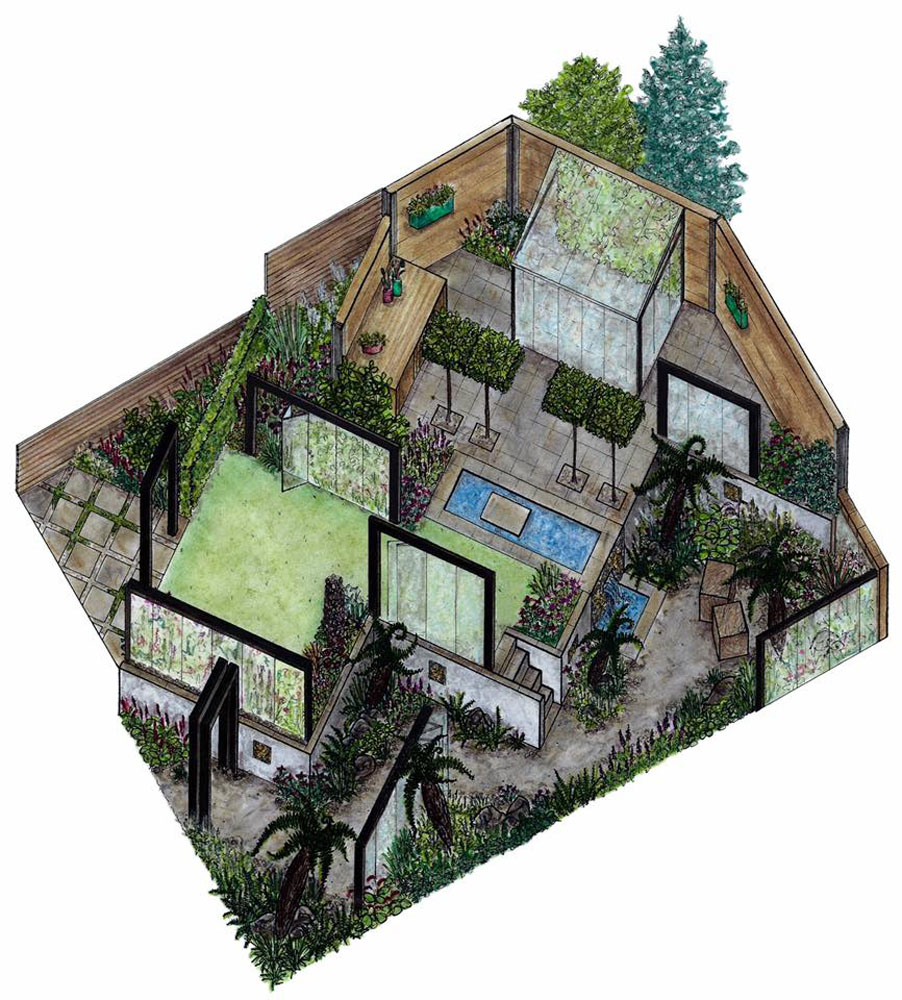 Often it is hard to find a garden space that can suit a large family and entertain guests the whole year through. It is a solution to this common problem that designer Pip Probert is bringing to this year’s RHS Flower Show Tatton Park, with her show garden ‘Through the Looking Glass’.

Spread across two levels, the garden not only allows for the utilisation of space, but also allows the garden to be split into separate garden rooms, providing individual spaces with transparent divides.

Welcoming visitors to the top tier is a mix of hard and soft materials that together, create a contemporary environment. This theme is reflected throughout the entire top tier, with its design being obviously more formal and chic than its lower counter-part which sees a more informal and natural area.

This two-level garden, which aims to create interest and intrigue, contains classic design elements in its top tier such as a lawn, pond and paved area. These features sit alongside more untraditional elements, including the Solarlux garden room and outdoor kitchen, allowing the garden to be enjoyed all year round.

Building the garden are long-standing CED Stone Group customers and experienced contractors, Hulton Landscapes, who are building two gardens at this year’s show. Established in 1968, Hulton Landscapes are based in Lymm, Chesire and cover neighbouring cities including Manchester, Liverpool and Chester.

Speaking of the ‘Through the Looking Glass’, designer Pip, who has created 14 RHS show gardens since 2005 states:

“I wanted to create a place to spend time in the heart of the garden whatever the weather and to be able to alter its appearance.”

CED Stone Group are pleased to be supplying the aggregate and pebbles to the lower tier, which also sees the use of fern trees due to their unpredictable shapes and shadows. The planting throughout the entire scheme is perennial heavy with mostly fresh whites, greens and pinks forming the majority of the colour.

Visitors can see the garden throughout the RHS Flower Show Tatton Park which runs from 20th - 24th July 2016.